The Ebow (Electronic Bow) has been around since the ’70s and the chances are you have heard it used without realizing it. In this review, I’ll explain what the EBow is and what you can do with it. This is one accessory I strongly feel every intermediate to advanced guitarist should have.

Table of Contents show
1 Features
2 Ease of use
3 Sound
4 Reliability/Quality
5 Overall impression
6 Pros
7 Cons
8 Who is it for?
9 How to get the most out of it
10 Alternatives
10.1 Related Guides and Lessons: 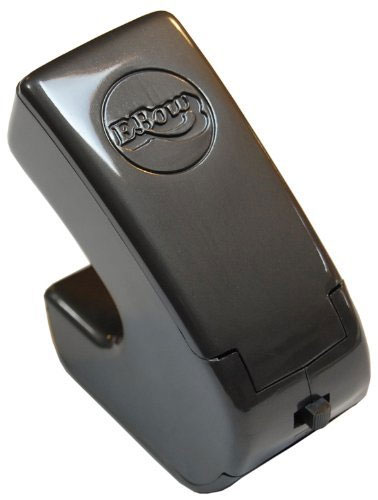 The EBow is pretty basic when it comes to features. It’s a small handheld unit powered by a 9V battery. The EBow creates a magnetic field when held over a string which causes the string to vibrate. When you continue to hold the EBow over a string, the string will continue to vibrate indefinitely (until the battery runs out).

The EBow is incredibly easy to start using but takes a while to master. The first time you hold it up to a string you will see how simple it is to use. Move the EBow closer to the string and it will cause the string to vibrate continuously. Move it away from the string and the string will start to die off.

At this point, I should mention that you can use the EBow with any electric guitar regardless of the type of pickups you use. Some people have mistakenly mentioned that the type of pickups your guitar have matters. It doesn’t. Because the EBow creates its own magnetic field which makes the string vibrate, the only thing that matters is that the string is magnetic. This means you can also use it on a steel string acoustic guitar but not a nylon string acoustic.

So how do you use the EBow? Here are a few different ways I used the EBow while experimenting:

I’m still experimenting with different ways to use the EBow so I’ll add more tips as I come up with them.

One important point I’ll mention is that the EBow can start a note with no effort at all. Simply lower the EBow to the string and the note will start. This is different to a sustainer (watch Steve Vai play ‘Whispering a Prayer’ to see one in action) because a sustainer needs you to get the note started either by picking it or lightly tapping the guitar or string. In many ways, a sustainer is far more versatile than an EBow, but this is an important benefit to remember.

Depending on how you hold the EBow, the effect will sound natural or it can sound slightly artificial in the sense that notes don’t continuously vibrate without dying off. So from a creative point of view, this gives you a fresh way you can improvise and come up with song ideas. I experimented with different modulation and pitch effects and the results were always interesting and inspiring. Even on an acoustic guitar, the EBow forced me to think differently and try to come up with ideas in different ways. This is partly due to the fact that you can’t hold a pick and the EBow at the same time. 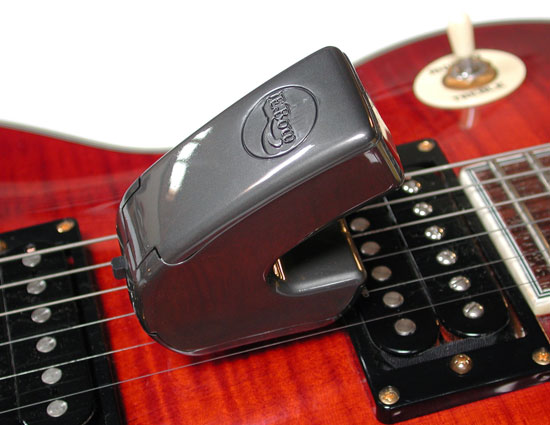 The EBow is a plastic unit so don’t expect you can throw it around and expect it to last. The design hasn’t changed over the last 40 years which is a bit disappointing because it doesn’t feel very ergonomic. But that’s only a minor issue and the main thing is that the EBow delivers what it promises.

The first time I held the EBow to the string I’m sure I had a big stupid smile on my face. I think the reason I enjoy using the EBow so much is that the string really is vibrating continuously. This isn’t a pedal trying to pretend it will give you unlimited sustain and it works perfectly whether you’re using a clean sound, high gain or low gain distortion. The first time you pick up an EBow you will feel why it’s a far better option than getting one of those horrible sustain pedals.

I’ve noticed that some reviewers have stated that the EBow is an overpriced gimmick. I think those people don’t see the creative potential the EBow gives you. It’s not just a toy that makes a note ring out constantly, it’s a source of inspiration and creativity. Whether you’re trying to get an atmospheric sound like U2’s ‘With or without you’ or using it to come up with wacky sounding effects, don’t think of the EBow as a gimmick, instead think of it as a different way to play the guitar.

I highly recommend the EBow because it’s such a simple way to transform the way you look at playing music on guitar. Check out the current price here on Amazon.

The EBow is pretty cheap and because of the creativity benefits, I recommend it for every guitarist. Just like a capo you may not use it all the time but it’s really handy to have available.

Use the suggestions above in the ‘Ease of Use’ section to come up with different sounds and check out the following songs for inspiration on how to use the EBow:

Check out live versions of the above songs on YouTube and you will often see the EBow in use. There are a lot of songs where an EBow wasn’t used but you can use one to simulate the high sustain sound or the synth sounds so don’t feel limited to songs that actually use an EBow.

Surprisingly, there has only been one similar product released to compete against the EBow. TC Electronic’s AEON came out in 2018 and while it looked like it was going to be a better version of the EBow, the reviews have been generally negative. I haven’t had the chance to try one out so I can’t compare them myself, but if you get a chance it would be worth directly comparing them against each other.

See information on pricing, availability and other reviews of the EBow here.