You might wonder how often you should change your guitar strings. There isn’t a simple answer to this question which is why I’m writing this article.

To learn everything you would want to know about guitar strings, check out my Ultimate Guide to Guitar Strings.

How Often to Change Guitar Strings

The typical advice you’ll hear people tell you when asking this question is that you should replace your strings every X weeks or after X number of hours of playing time. While that might sound like smart advice, it misses a very important point:

The real answer is it depends on what type of tone you like. For some guitarists who like a bright and rich tone, they should replace their strings often (eg: weekly or monthly).

Other guitarists actually prefer the worn-in sound of a well-used set of strings. For those guitarists, it’s perfectly fine to use the same set of strings for six months or longer.

You should change your strings as soon as you don’t like how they sound or feel.

Do you like the bright and metallic sound of a fresh set of strings? Then you should change your strings often. As soon as you notice the tone starts to become dull, changing them will bring that bright and shiny tone back.

When I’m playing rock, metal, or similar styles, I like the sound of a new set of strings. The new strings have a sharpness that enhances the distorted tone I’m aiming for when playing those styles of music.

Do you like the worn-in and mellow sound of a well-played set of strings? Then there’s no problem keeping your strings on your guitar for a longer time.

When I’m playing blues, I prefer the sound of a worn-in set of strings. A brand new set of strings (even types that claim to give a mellow sound) sound cold and sterile to me when I play blues.

A worn-in set of strings gives a warmer and more vintage blues sound to me. So while this goes against typical advice, I don’t replace the strings on my blues guitar very often. 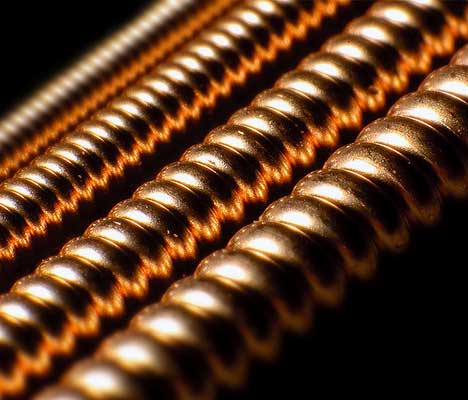 While the biggest issue with strings is the way the tone changes over time, there are some other reasons why you might want to change your strings.

Every time you press your finger down on a string, the string rubs against the fret. Over time, this creates dents in the strings. On an old set of strings, if you take the string off you’ll see marks where the frets have been wearing the strings down.

If you find that you keep breaking strings, it may be an issue with your guitar (eg: the bridge has a sharp edge) or it may be because the strings are getting old.

A new set of strings feels slick to play because they’re completely clean. They feel effortless to slide your fingers over and you may find that licks and bends feel easier.

Over time, the strings start to degrade and they can start to feel different.

As explained below, grime buildup and oxidization starts to change the way the strings feel. They may even start to feel grippy against your fingers.

If you’ve ever picked up a secondhand guitar at a pawn shop and were disgusted with how the strings felt, that’s what happens to old strings. If your strings start to feel different when you’re playing, it’s a sign that it’s time to change them.

If you use coated strings, you may start to notice the coating begin to flake after a while. When the string coating starts to disintegrate, it’s a good time to change them as you’ll quickly lose the benefits the coating provided.

As explained in my Ultimate Guide to Guitar Strings, there are different ways guitar strings are wound. Over time, the windings can start to loosen and cause issues with tuning and stability.

Old acoustic guitar strings can suffer from string winding issues as they begin to loosen against the string’s core. If you notice that a string is having trouble staying in tune or you see some gaps in a string’s windings, it’s a sign you should change them.

If you play a nylon string acoustic guitar, you’re highly likely to notice the windings begin to loosen over time.

Why Guitar Strings Degrade Over Time

It doesn’t take long for a new set of guitar strings to start degrading. This happens because of oils and dirt from your fingertips. The more you play, the more the dirt and grime will build up in the ridges of the strings.

The below photo shows grime building up in between the ridges of the strings: 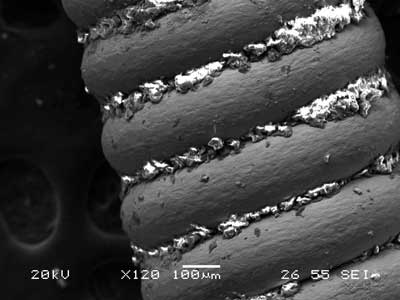 The oils in your fingers also affect the strings. You might start to notice discoloration on the strings in the areas you often play.

For example, if you play a lot of chords, you’ll see discoloration start at the first three frets on the strings on your guitar. If you’re just starting to learn the first box position of the A minor Pentatonic, you’ll start seeing discoloration around the fifth and seventh frets.

Why Some Guitarists Replace Strings Too Often

If you’re a performing or recording guitarist, it might make sense to change your strings after each gig or recording session. In those situations, you want to get the best tone for your recordings or minimize the chances of breaking a string during a gig.

But for everybody else, does it make sense to change strings every week or a few times a month?

The more often you change your strings, the more money guitar string manufacturers make. So while they may genuinely try to manufacture strings that last a long time, they’re quite happy to hear that a lot of guitarists change their strings weekly or monthly.

To understand why many guitarists change their strings too often, take a look at any advertisement for toothpaste: 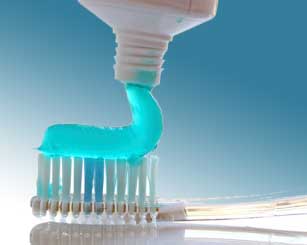 Do you put that much toothpaste on your toothbrush every time you brush your teeth?

If you tried to do so, you’ll quickly find that it’s complete overkill. Your mouth will instantly foam up far more than it needs to.

Why do the toothpaste ads always completely cover the brush in the paste to an extreme level? Because they want people to use as much as possible so it runs out faster and they buy more sooner.

It’s the same with changing guitar strings. Unless you love the sound of fresh strings and can’t stand it when the strings dull in the slightest, then you probably don’t need to change them often. It would be overkill to replace your guitar strings multiple times a week, yet many guitarists do exactly that.

While guitar strings do degrade over time, they can last a long time. It all comes down to what type of tone you like.

How to Extend the Life of Your Guitar Strings

While your guitar strings will degrade over time, we can slow this process down with a few simple things.

Clean your guitar strings after playing

Simply wiping your guitar strings down with a cloth after each playing session can extend the life of your strings. Cleaning the strings removes a lot of grime, oil, or sweat that would otherwise start to buildup in the strings and affect your tone.

Keep a simple microfiber cloth nearby and wipe your strings down after playing.

Wash your hands before playing

For many guitarists this is overkill, but if you really want to get the most out of your strings, it doesn’t hurt to wash your hands before you play. Washing your hands with soapy water removes oils that would otherwise go straight to the strings.

Use a string cleaner

There are some products designed to keep your guitar strings clean. Products like Fast Fret or Dunlop’s String Cleaner (link to Amazon) create an oil coating on the strings to help protect them against corrosion.

I personally am not quite convinced on how effective these products are at extending string life, but some guitarists swear by them.

Find out more about all of this in my guide on How to Clean Guitar Strings here. It includes more advice on properly cleaning guitar strings with or without products.

Here are some common questions you might have about how often you should change your strings and how to get a longer life out of them.

To learn everything you would want to know about guitar strings, check out my Ultimate Guide to Guitar Strings.

Do guitar strings go bad in the package?

A new pack of strings sealed in a package will last for years if left unopened. If the manufacturer is careful when packaging the strings, there shouldn’t be any moisture to cause the strings to degrade over time.

Many guitarists buy strings in bulk to save money, so there shouldn’t be any issues in keeping the strings sealed in their package for a long time.

Should I change all my guitar strings at once?

The only exception is when you want to give your fretboard a good clean. By removing all of the strings at once, you’re able to remove build-up on the fretboard, give it a good clean, and even polish the frets. While you might find that the change in tension temporarily causes tuning issues, it’s still worth the effort to clean your fretboard.

How long do guitar strings last when not played?

Guitar strings can last for months without degrading if you don’t play them. This depends on the humidity in the room and how much the strings have already been played. They will gradually degrade without use, but if you give them a good wipe down after each playing session, you’ll significantly extend the life of the strings.

Should you clean guitar strings?

Cleaning your guitar strings after each playing session can significantly extend their lifespan. Wiping the strings down removes any oils and grime left by your fingers on the strings. If you really want to squeeze the most life out of your strings, give your hands a good wash before you start playing.

Guitar strings can oxidize depending on the metals used and whether they have a coating or not. Different mixes of metal have different levels of oxidization resistance, so it’s hard to say how easily your set of strings will start to oxidize.

Most metals will gradually oxidize over time. The moisture in the air reacts with the metal and they begin to oxidize. The more moisture in the air, the faster your guitar strings will oxidize. For some guitarists, this means keeping their guitars in a case to prevent issues.

Can I change just one guitar strings?

The only downside of changing just one string is that you may notice a big difference in tone between the new string and the other strings. If the other strings are fairly old, they will sound very dull compared to the bright sound of the brand new string.

Should I loosen my guitar strings when not playing?

Some guitarists think that loosening their strings when not playing helps relieve tension in the neck. Guitars are designed to withstand this tension so it is not necessary to loosen your strings after playing. This can cause tuning instability problems so it is not recommended.

How can I remove rust from my guitar strings?

If you notice some rust on your guitar strings, it’s a sign you should change your strings. Don’t try to remove the rust. Bite the bullet and replace the strings with a new set.